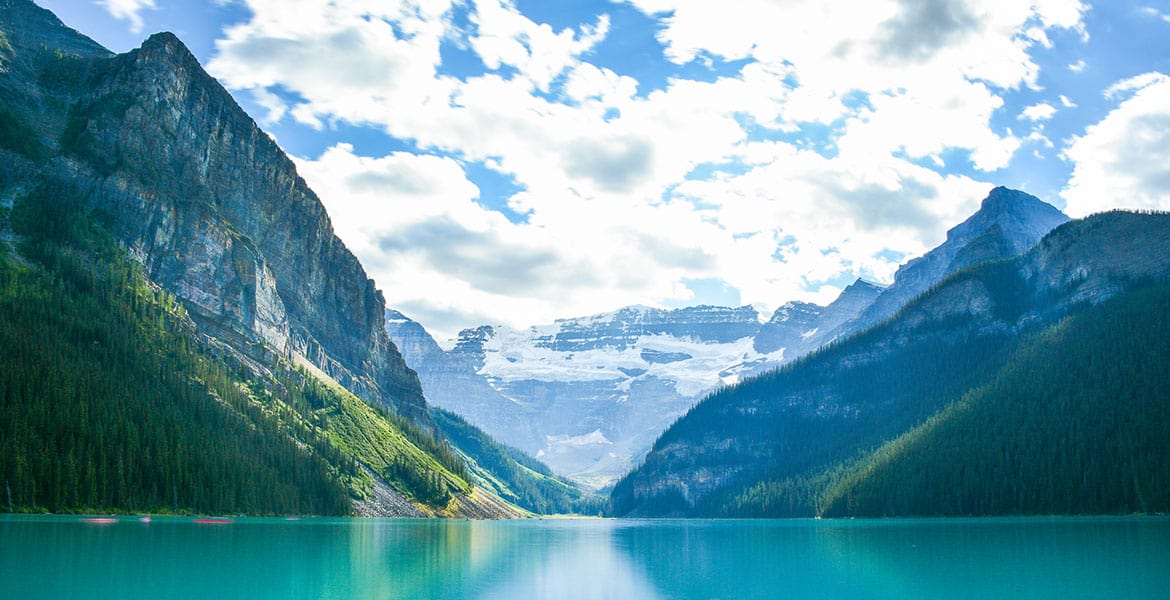 We were so excited to reach Canada, for a few reasons.

Vancouver was pretty ace! We did the usual touristy things of having a wander around Granville Island Markets, deciding on the eclectic food options and eating our lunch on the docks. We listened to amazing musicians play the outdoor pianos along the river banks. Visited Stanley Park checking out the totem poles and renting the obligatory bikes to ride the Seawall trail. We took advantage of the Staley Park free cinema and attempted to watch The Rocky Horror Picture Show. Both shivering as we huddled up together, neither of us clicked that they would be showing the film after dark and it might actually get cold… No trip to Vancouver would be complete without a hike up Grouse Mountain! We took the ‘local’ route and then realised it was (probably) much tougher than the Grind!

The top of Grouse Mountain is pretty awesome, I loved it! They have a lot of conservation programs on the go up there and do daily talks/demonstrations, this allows the public to get involved and better understand their local surroundings. My personal favourite was the Lumberjack Show, not the most educational showing of programs on offer. But I have never, ever seen men run up trees so fast; what those chaps did was inhuman! They were like Wolverine!

We then ventured over to Vancouver Island and Victoria… Victoria is home to more great food, I love how healthy Canadians eat! The city itself was more like what we had expected from Vancouver. Still big, but small enough that you could easily walk the main areas, it just wasn’t as built up and vast as Vancouver. The old beautiful buildings line the streets down to the waters edge, which is then taken over by the beautiful docks filled with wildlife. We were lucky enough to catch a glimpse of the local otters and seals feeding!

When we visited Tofino we stayed at the Lone Cone island campsite, just a short ferry ride from the town. To be honest there really wasn’t much to do on the island, other than hike the Lone Cone Trail. But alas, The Aldridge’s can entertain themselves!

I’m terrified of the thought of accidentally bumping into a bear on a trail. So when Michael wanted to go for a walk through the woods, I was a little hesitant! There wasn’t much chat from me as we slowly and quietly crept through the woods – I’m a total wimp! En route there were many birds and the occasional snake that made me jump, but no bears. It didn’t take us long to get to the lake and once at the water’s edge we found an old canoe… No one was around so we figured, let’s borrow it and go for a paddle. (I was very happy with this, in all the nature documentaries I’ve watched I don’t think I’ve ever seen a Grizzly bear swim to hunt. Safety first!)

Once on the lake and paddling around, we noticed some Eagles circling and calling above us. No biggie, there are A LOT of Eagles in the area! BUT THEN, one flew down to the side of the lake to a nearby tree branch, pretty darn close, and perched there. Amazing! We thought we’d try our luck and get as close as we could. A long shot but so worth a go. We began to paddle over, the eagle seemed un-phased by us. We paddled some more, he was still cool… Closer still. This eagle didn’t care that we were metres away! It was amazing, we managed to sit in our canoe and drift underneath a frickin’ huge majestic Golden Eagle! Literally 3m above our heads. We just sat in awe and questioned whether that really happened! It totally did…

We’d included Vancouver Island in our trip because we had this amazing romantic notion of kayaking with Orcas. The most recommended place is at Telegraph Cover, over the Johnston Strait. Sadly kayaking with Orcas wasn’t meant to be for us. But we had an awesome day watching eagles, playing with seals and seeing humpback whales. We were only a small group of 6 plus an instructor, so it was a good size. Our paddling was totally on point and we felt like such power couple. It really looked like we knew what we were doing! The definite highlight was in the afternoon when a huge Humpback Whale started powering towards us!! It was so fast as it began to dive down under us at the last moment. That was a pretty special event and I even managed a photo of it!

During our time on the island we had a rental car courtesy of Avis… We thought we’d completely lucked out when we went to pick up our car. I’d rather sensibly booked the most basic of cars thinking we didn’t need anything fancy. However for an additional $22, HELLO, we were offered a delightful young Mustang, yes I think we’ll upgrade please. Thank you!

We happily drove this beast around the island for a week. Michael took great advantage of its rental car properties and took to testing its limits… The night before we were due to drop it back, we noticed the paperwork which said the car was to be dropped off at 11.45am. (Not 2pm as booked, however we had picked the car up a little earlier). So we got up nice and early and phoned Avis to double check the situation. We were up early enough that if we did need to drop it off earlier, it wouldn’t be an issue. The nice lady on the other end of the phone told us the car had to be back by 2pm. Great we thought; no need to rush, we can have a few stops and make it a nice day.

We got back to Avis for 2pm, to the A-hole manger telling us we were late and charged for an extra day. Michael was so good holding his ground, explaining how we’d got up early so we could get the car back for 11.45 if that’s what they needed; but their member of staff told us 2pm. He refused to listen or reason, and was so very rude! Anyway, lots of twitter rants, phone calls and emails later, it turns out Avis are consistently useless and don’t give a crap about their customer service one little bit. We had to suck it up and pay for the extra day.

Eventually Avis, did admit fault for the incident after we asked them to review the phone call. But although they admitted fault, they still refused to refund the extra day they charged us. Our recommendation… AVOID AVIS LIKE THE PLAGUE! We used other rental companies throughout the trip and all were wonderful in comparison.

A short 6 hour drive from Vancouver, we passed through lush forests and barren deserts as we took our Canadian trip inland. We were going to visit Michael’s friend from university days; James ‘De Ninjur’ Clark, who lives out in Sunnybrae/Salmon Arm. James is living the dream! He’s out in this beautiful, semi remote part of Canada, in a cabin, by a lake, surrounded by beautiful and majestic mountains. Living life in a simplistic and meaningful way but making it so rich.

Our time with James was an absolute blast, we did the obligatory Sunnybrae Winery Tour (where James work’s) and sampled a good amount of tasty wine. In Salmon Arm we found a little delight called the Shuswap Pie Company. This place massively satisfied our pie and coffee craving, so good we went twice! We spent much of our time swimming, kayaking or paddling boarding on the lake. We also went to see the Caravan Theatre production of ‘Our Town’, a lovely and thought provoking play in a beautiful setting. Over the weekend James’ band were playing at the Sun Peaks Resort as part of the arts festival. Before that kicked off, we did a little gravity karting down the hillside, had an ice cream and went for a hike. When we returned, James’s band, the Metraknomes were playing, so awesome to see and hear in such a beautiful setting.

Over the course of a week I taught James’s partner Libby to weave, this was such a highlight for me. I have to admit it was also a steep learning curve for me as I haven’t woven in… a while! I know that the basics of weaving are the same everywhere in the world, but I’d never had to consider how they were taught. I had to spend a good amount of time translating the books Libby had, to what I knew from my days at GSA in order to teach her! We got there and now she has a beautiful working loom.

During one of our afternoons we took the canoe out on the lake, paddled to the other side and ate our humble peanut butter and jam sandwiches! On our return we thought we’d have some fun and try and capsize the sturdy boat (and we like a challenge)! We succeeded pretty easily, but this was a bad idea that we hadn’t really thought through! We tried to get the canoe back the correct way, but this time it was filled completely with water and barely floating. Getting the water out was relentless! So we ended up dragging the canoe back to the shore, I think we were watched for a while because a nice few men came over, took pity on us and helped us turn the canoe upside down to get the water out. Thank you kind men!!

From Sunnybrae we drove out to Banff as we had a rafting trip in Golden planned. Rafting was awesome and the guys at Hydra know how to do it best! We faced some insane rapids, I was worried it was going to be a bit tame, like you get in Scotland most places, but my goodness it didn’t disappoint! Towards the end of the rafting we had an opportunity to jump into the water and float down the river, Michael was off, and HEY! He dragged me in with him, into the freezing ice water…! Not impressed but secretly pleased he dragged me in because I’d have never done it myself!

Next day was a Via Ferrata day. It felt so great to get out onto the mountains rather than viewing them from below! We did a 4hr Via Ferrata route that took us up and up, I felt really exhilarated and my body enjoyed the stretching. Generally we felt pretty secure and safe as we were harnessed in – had we not have been it would’ve been bloody terrifying! There were still a few sketchy moments when my brain started playing tricks, but all was fine. Views from the top were epic over the mountain tops. Then on the way back we visited the epic Lake Louise and chilled for a while people watching and enjoying the insane landscape.

Canada you’re so big and beautiful, we’d love to come back and visit you some more. Thank you so much to James and Judy for putting us up, it’s been so appreciated.

Thinking about emigrating, Vancouver just didn’t feel right to us unfortunately, we’re country bumpkins at heart and Vancouver is little too much city for us. It is a great city but for us the property is far too expensive for what you get! We need a back garden and a quiet street! We absolutely loved the super friendly Canadians and it did make us think about other areas of Canada, however I don’t think we’ve found the right spot yet! 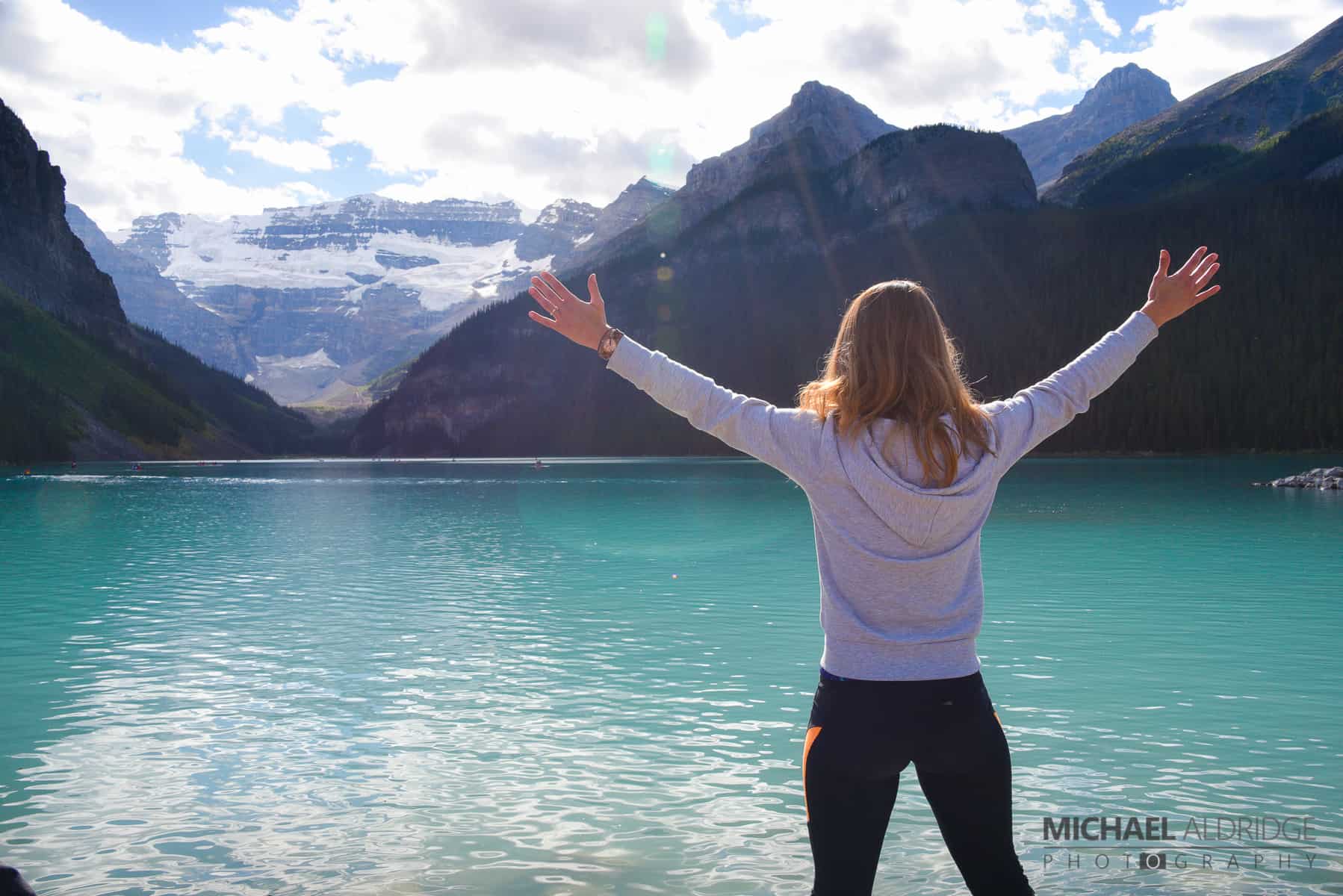